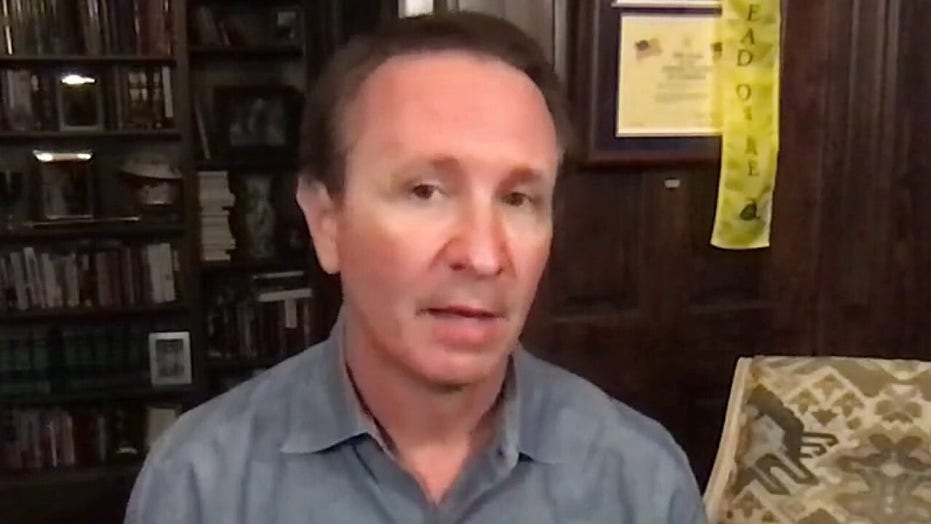 Louisiana AG: I’m not against masks, but a government mask mandate is unconstitutional

Louisiana Attorney General Jeff Landry weighs in on the debate over face masks amid the coronavirus pandemic.

Landry initially said the mandate "does not pass the constitutional test" in an opinion Wednesday. Edwards responded in a letter Thursday stating that Landry's claim "reminded me of the famous line, 'everyone is entitled to their opinion, but not their own facts.'"

"It's not that I'm anti-mask," Landry told host Jon Scott. "It's just that the Constitution doesn't allow you to mandate in a very arbitrary, capricious and really broad sense, in the way that the governor issued his executive order.

"By the governor's own words, in the very press statement where he announced the mask mandate, he said several times when questioned by reporters that he was not interested in enforcing his order, and that in some cases, he was not even going to enforce it as to churches," he added. "And again, the governor's a lawyer. He knows that the order is extremely broad and vague and it's unconstitutional. I can appreciate it being aspirational. It's just that we can't mandate this type of conduct.

"Business owners certainly have the right to demand or set forth a policy where they ask their patrons to wear masks," Landry went on. "There's nothing wrong with that."

Landry himself announced Tuesday that he had tested positive for coronavirus, forcing him to be absent from public view when Vice President Mike Pence visited the state that same day.

"I feel great. I've really have had no symptoms. Got tested on Sunday and another test on Monday, both confirmed that I had it and I've just been quarantined," Landry said of his health. "Staying isolated and taking my vitamins and meds per my doctor's orders. And I'm going to try to get through the next 10 to 14 days, get a couple of tests and hopefully get back to work in the office."

On Friday, the Louisiana Department of Health reported 2,179 new coronavirus cases and 24 additional deaths. In all, 3,399 Louisianians have died from the virus.