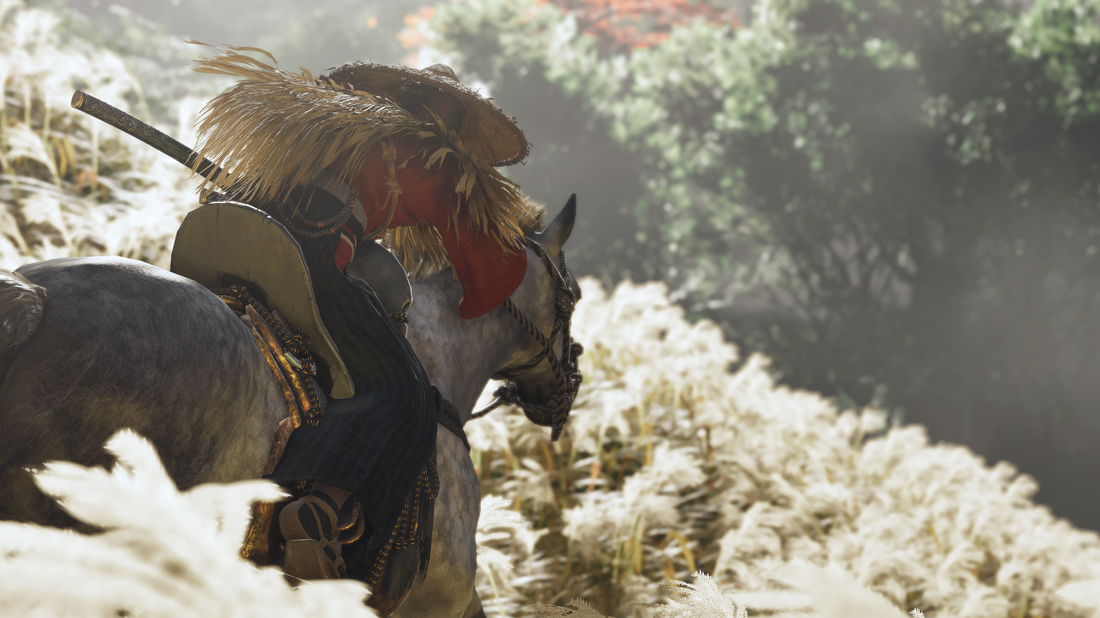 Ghost of Tsushima gives players a gorgeous world to explore, but the game’s story is dragged down by flat characters. Sony Entertainment/Sucker Punch hide caption 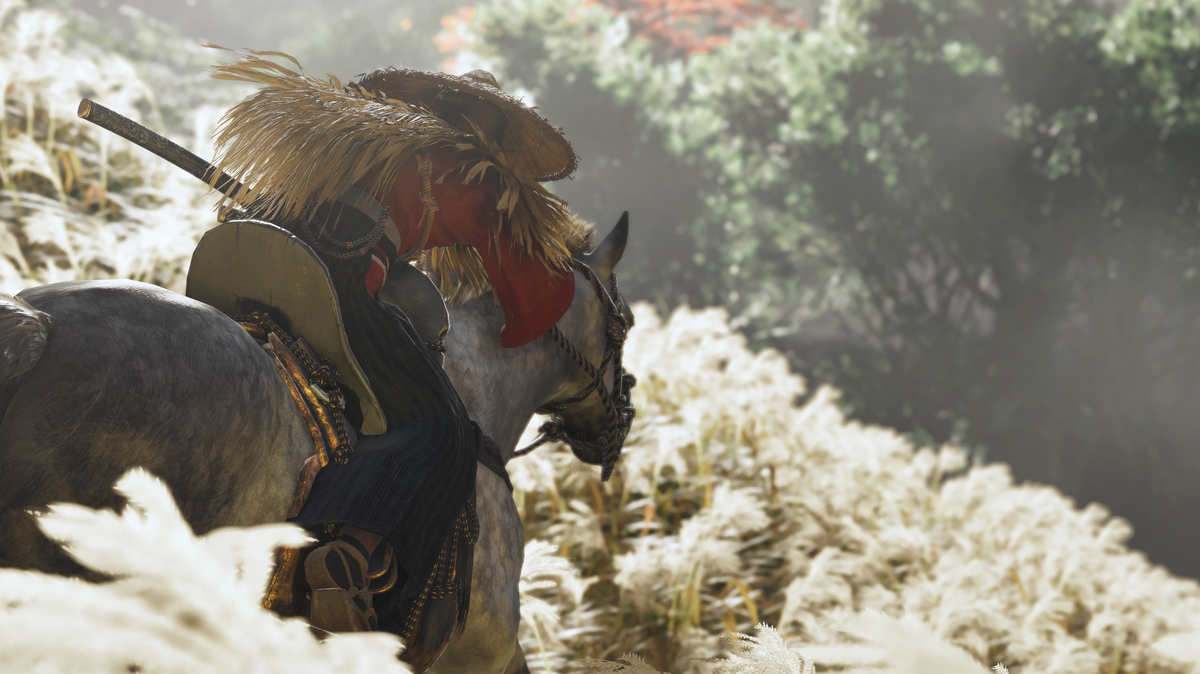 Ghost of Tsushima gives players a gorgeous world to explore, but the game’s story is dragged down by flat characters.

As I’m riding my horse through the beautiful, sprawling landscape of feudal Japan, a golden bird flies in front of me. I had been on my way to liberate a small village taken from Mongol invaders, but I follow the bird off the trail. They’ll always take you somewhere worth the detour in Ghost of Tsushima, Sucker Punch’s new open-world action game where you play as a samurai.

I get off my horse, run off the path, and the bird quickly leads me to the edge of a cliff. Not to lead me off the edge — to look at the view. That view is breathtaking. Mountains surround an ocean that stretches all the way to the horizon, with a double waterfall flowing into it. The sun reflecting off the water. The bird leads me to sit on a rock between the two waterfalls.

It is so peaceful I’d be fine staying there for ten minutes, listening to the sounds of the water and the wind.

Beauty like this is everywhere in GoT, and it’s nice to sit and soak it all in to take a break from the constant violence. I climb down the cliff to a sitting area, and sit to reflect and write a haiku. This will help me get stronger for the next big fight.

There’s One Pleasant Surprise In ‘The Last Of Us Part II’: Its Depiction Of Judaism

Even in a brutal, war-torn world, GoT emphasizes the importance of taking a moment for yourself. Players can ignore these little moments and bulldoze through the main quest, but the battles will be more difficult if you don’t — for example — take the time to relax in a hot spring.

You play as Jin, part of a small group of samurai protecting their home — the Japanese island of Tsushima — from an invading Mongol army loosely based on real history. Jin’s group is quickly overwhelmed by the Mongols; he’s one of the few survivors.

Jin sets off on a mission to liberate Tsushima, make allies, and free his uncle Shimura, his only remaining family, from prison. Desperation makes him drift from the samurai rules and traditions that guided his life before the invasion, but one part of that code never changes: Protecting people is Jin’s number one priority. Everything else is bendable. The threat of the Mongol invasion is too great to be constrained by noble ideals, and that tension between tradition and forging a new path is Jin’s major conflict.

Throughout the game, Jin hears that fighting stealthily is dishonorable — but in practice, he finds that doing the “honorable” thing actually puts more people in danger. He can do the most good, save the most people, with stealth.

Players can fully get behind Jin’s cause: Protecting the home that his family has lived in for generations. His connection to the island and its natural world is so intense, it becomes spiritual, magical — which makes for some interesting game mechanics. For example, Jin can make the wind blow in the direction of the next objective at will. It’s a fun replacement to the typical navigation map. (Although the wind sounds are so soothing, you might be in danger of falling asleep.)

Ghost of Tsushima is every bit as atmospheric as Breath of The Wild or Red Dead Redemption 2, which makes it even more infuriating when you see the Mongol army burn towns to charred grey rubble, or when the beautiful forest you’re riding through ends abruptly because the Mongols have chopped down all the trees. That fury kept me playing even when I wasn’t particularly invested in the game’s story.

And there were times when I wasn’t that interested — Ghost of Tsushima suffers from flat characterizations, so flat sometimes they can deflate an entire storyline. At one point, I broke the news to a man that his brother was murdered by Mongols. He barely acknowledged it, a lapse so weird it threw me out of the game. Your brother was just murdered, and you’re just going to talk about it for two seconds and move onto the next topic of conversation? That doesn’t feel human. A war game that doesn’t get too into its feelings makes sense for Jin himself, who’s striving to control his emotions. But not everybody in the game is a highly trained samurai like him.

Playing through Jin’s eyes makes you understand his love for Tsushima, even though his character is — well, meh.

But the gorgeous surroundings and killer combat mechanisms help redeem GoT. You take on enemies with a katana, and you can shift through different stances that are effective against different types of fighters. As you level up, you get more weapons, abilities, and moves to make things infinitely easier. You start with just basic attacks — and eventually become strong enough to tear through armies with just your sword.

And you spend a long time getting to know the island of Tsushima itself. Between fights, you ride through picturesque forests of tall trees with orange leaves falling from the branches, and big fields filled with thousands of violets. You take a breather at lakes with cherry blossoms floating in the water.

It’s impossible to not fall in love after moments like that, and playing through Jin’s eyes makes you understand his love for Tsushima, even though his character is — well, meh. The sense that I’m making the world a better place drives me while I play, and I have the power to actually change the world. (That’s a pretty common trope in this kind of game: The protagonist appears, and as if by magic they save the day and solve everyone’s messy problems. But here, it works.)

So there’s a huge sense of satisfaction as you travel around the world of Ghost of Tsushima, freeing cities from Mongol occupation and rescuing prisoners. If you train hard enough, the game says, you can save the world. Even nature itself will be on your side. And right now, that’s a pretty appealing thought.

Kaity Kline is a columnist for NPR’s Join the Game and a producer on 1A. She is a native of New Jersey, a lifelong gamer, and a former gaming YouTuber. She tweets at @kaitykline