A prosecutor announced Friday that he is dropping a felony charge against dozens of protesters who gathered at the Kentucky Attorney General’s home to demand justice in Breonna Taylor’s death.

Attorney General Daniel Cameron’s office is heading an investigation into the death of Taylor, who was fatally shot by police conducting a no-knock warrant at her home on March 13.

Among the 87 protesters who gathered at Cameron’s Louisville home on Tuesday were civil rights leaders, a reality TV star and a professional football player. Louisville police said some of the protesters had threatened to burn down the house if they didn’t get justice, prompting the felony charge of “intimidating a participant in a legal process.” 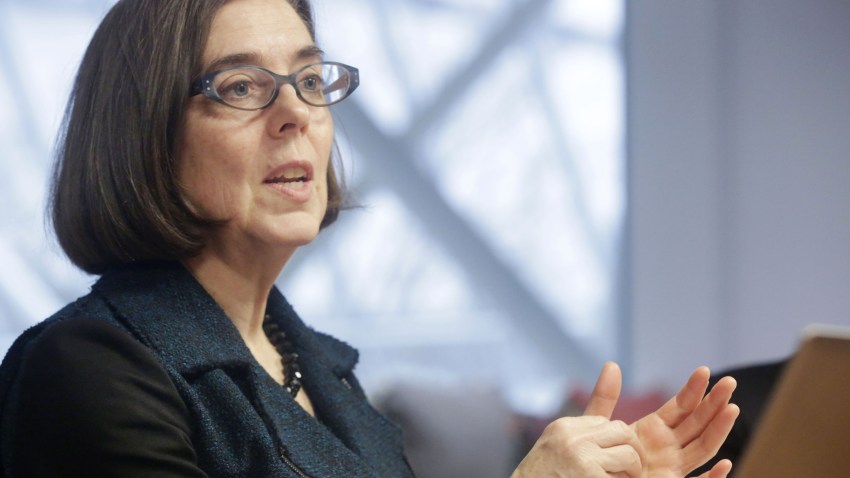 Mayor of Portland to Trump: Get Your Troops Out of the City

A non-profit dedicated to creating murals with young people facing adversity in under-served communities is behind a new 7,000 square-foot mural in Annapolis, Md., that is dedicated to Breonna Taylor. Future History Now co-founders Jeff Huntington and Julia Gibb joined LX News to discuss their organization and the project.

Jefferson County Attorney Mike O’Connell said in a statement that Louisville police had probable cause for the felony charge, but “in the interest of justice and the promotion of the free exchange of ideas, we will dismiss that charge” for each of the protesters.

Cameron said in an interview with The Associated Press on Friday that he respected O’Connell’s decision to drop the felony charge.

“It certainly was surreal to see folks sitting in my front yard with the express purpose of escalating the situation,” Cameron said.

Cameron, a Republican and Kentucky’s first African American state attorney general, said that he still has no timeline for when his office will conclude its investigation of the Taylor case.

“At the end of the day, we’re not going to be deterred from doing the responsible thing, which is to undertake a thorough investigation to make sure that we get to the truth of this matter,” Cameron said.

The social justice organization Until Freedom led the sit-in at Cameron’s house. Many protests in recent weeks have pushed for Cameron to move swiftly to charge three officers in Taylor’s killing. Among those arrested Tuesday were NFL player Kenny Stills, a wide receiver for the Houston Texans, and Porsha Williams of “Real Housewives of Atlanta.” The protesters were also charged with two misdemeanors, disorderly conduct and trespassing.

Taylor, a 26-year-old Black woman, was fatally shot when police officers burst into her Louisville apartment using a no-knock warrant during a narcotics investigation. The warrant to search her home was in connection with a suspect who did not live there and no drugs were found.